Musicians do. Or do they? For decades now, the artist Ole Ohlendorff has been creating portraits of people whose songs and musical creations emotionally touched us and who have since, in Ole’s own words, set up home ‘one floor above’. Some were world stars, some personal friends. Some have been dead for half a century and others not even for a year. This diverse range characterises his unique series of Dead Rock Heads and represents, at the same time, an unmistakable unique selling point. But each one of these musicians also have a special connection to the artist which lead him to immortalise them on canvas. Ole is not simply aiming at profane depictions of ‘celebrities’, but it is his intention to pass on the passion that is ablaze in the songs and lyrics and in the faces and stories of those portrayed. Dead Rock Heads is not about death, it is about life!

Music meets Art. This is the symbiosis of a series which already comprises more than 150 portraits. The seeds of creativity were planted in Ole Ohlendorff’s childhood. At the tender age of ten, he recalls listening to sounds as novel as they were exciting, in front of his grandmother’s old tube radio. From this moment on he was mesmerized. It was these soundtracks of his youth that caught up with him many years later. Ole Ohlendorff was already a freelance visual artist in the mid-nineties and had discovered painting as a form of expression. He enjoyed travelling and became a kind of globetrotter to learn how to ‘think outside the box’. Amongst other places, he spent time in London, where, in addition to searching for the lifestyle of the sixties and seventies, he also traced the Beatles’ footsteps – Carnaby Street, Abbey Road, Apple Studios. His return at Easter time 1996, saw him standing in his studio listening to songs by the “Fab Four”, when, out of the blue, he was struck by the thought that he just had to paint John Lennon. But why John Lennon? In 1980, in a previous life, when Ole Ohlendorff was a policeman in Hamburg, the famous musician John Lennon was shot dead in New York. “This probably played on my mind”, he confesses, “and had been haunting me for a while. And it was probably the right moment for all these thoughts and feelings to break out.” This is how Ole Ohlendorff’s central theme appeared. A way of life meets a culture of remembrance. The ‘Dead Rock Heads’ were born. 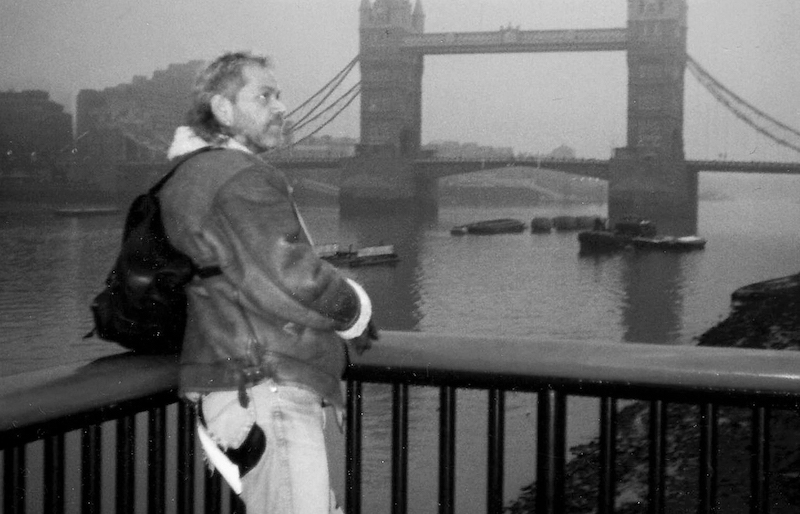 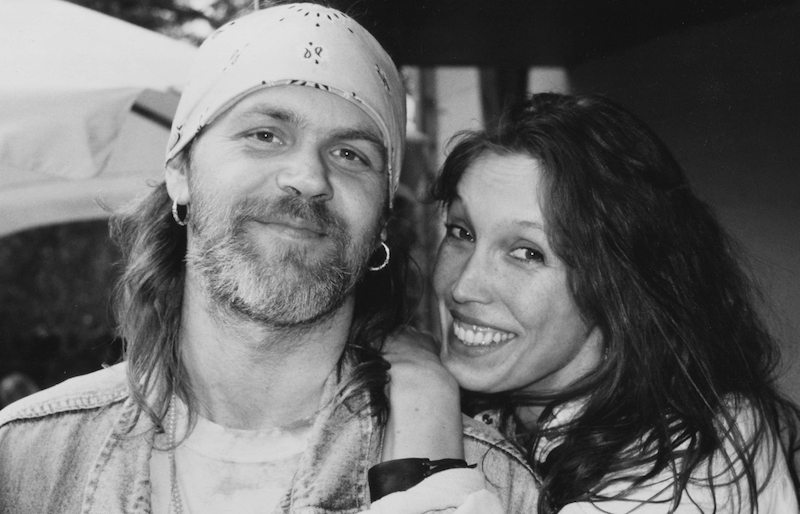 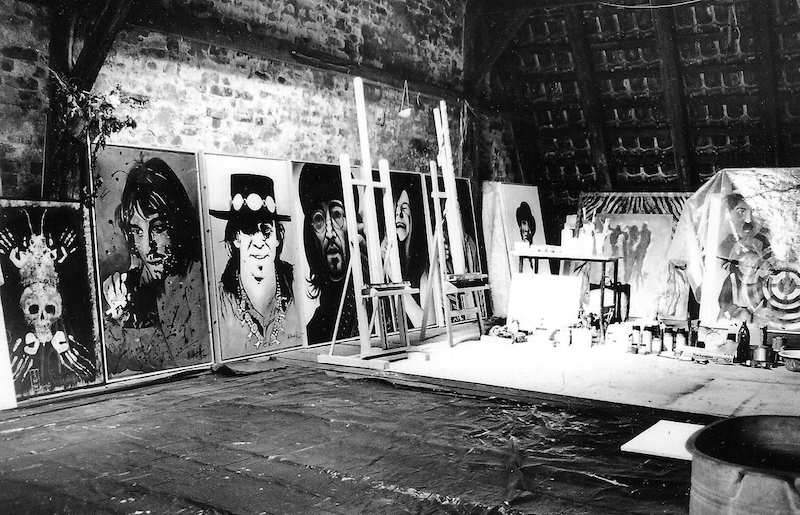 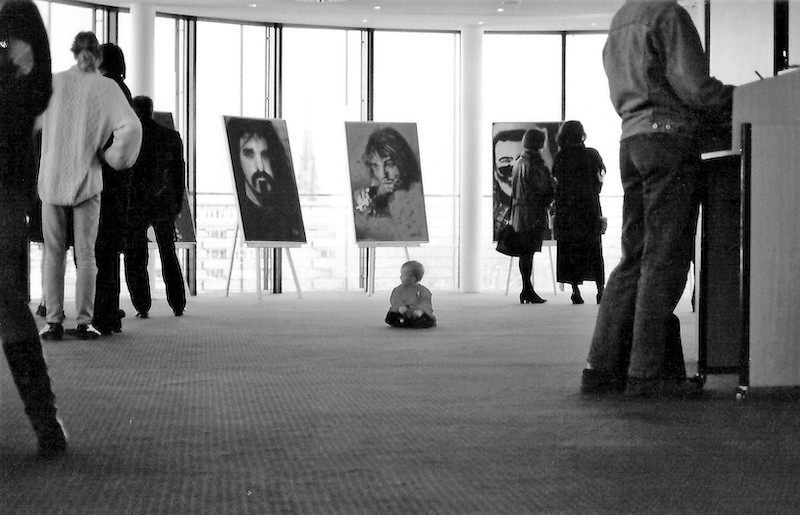 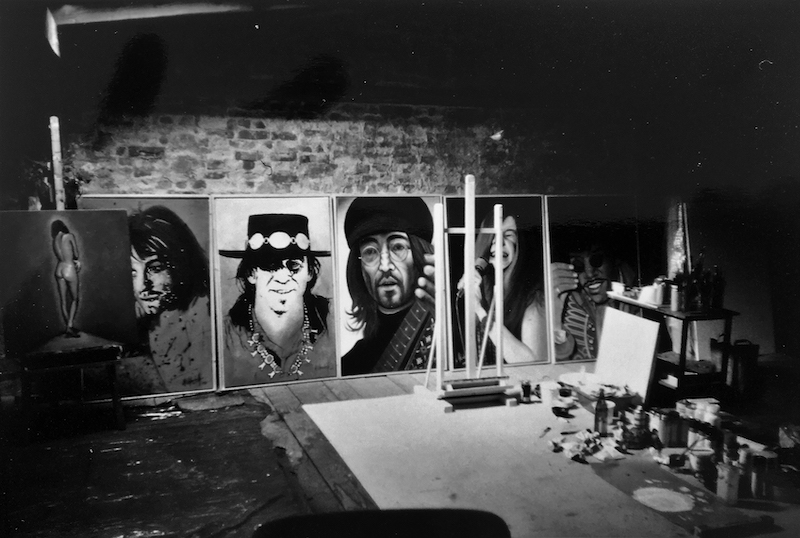 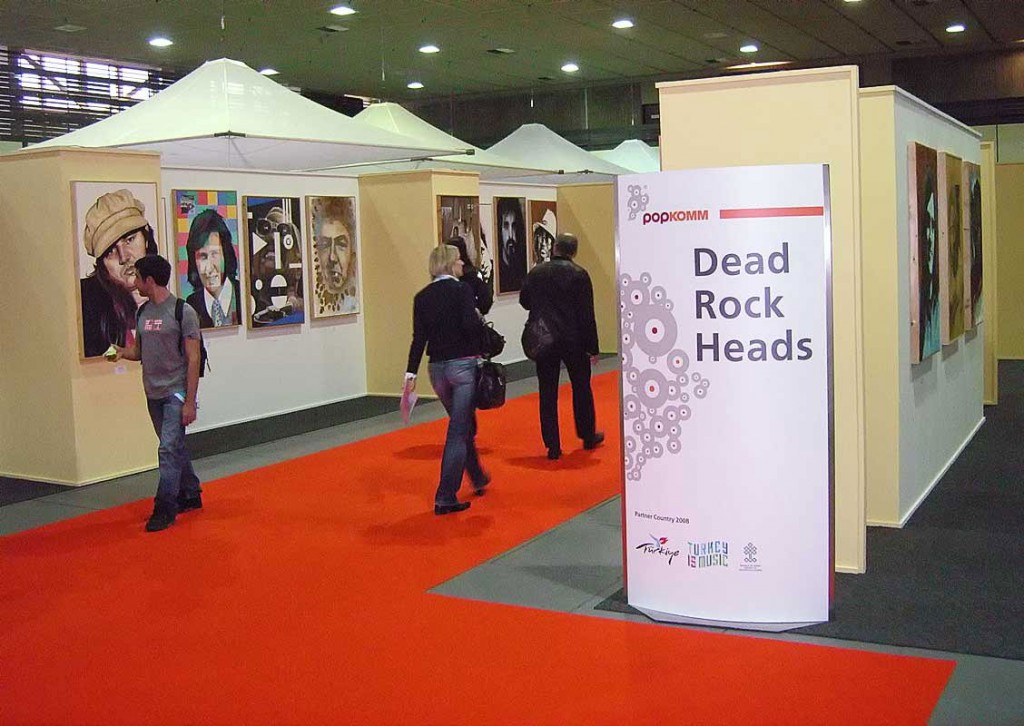 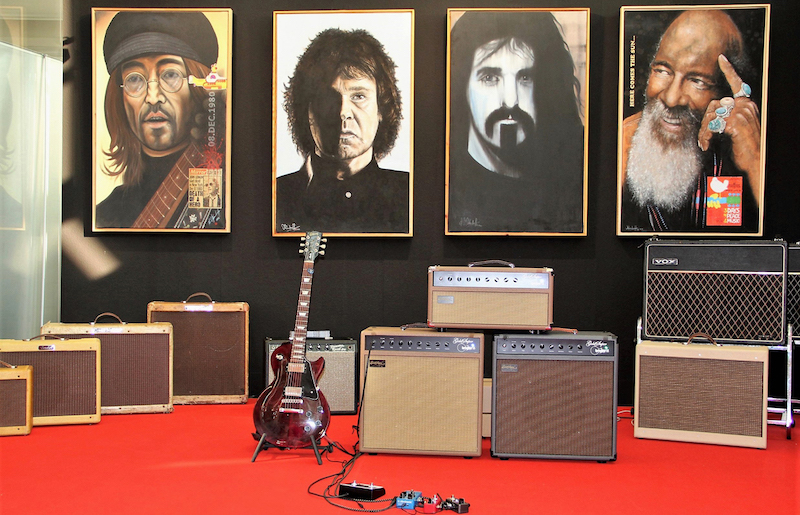 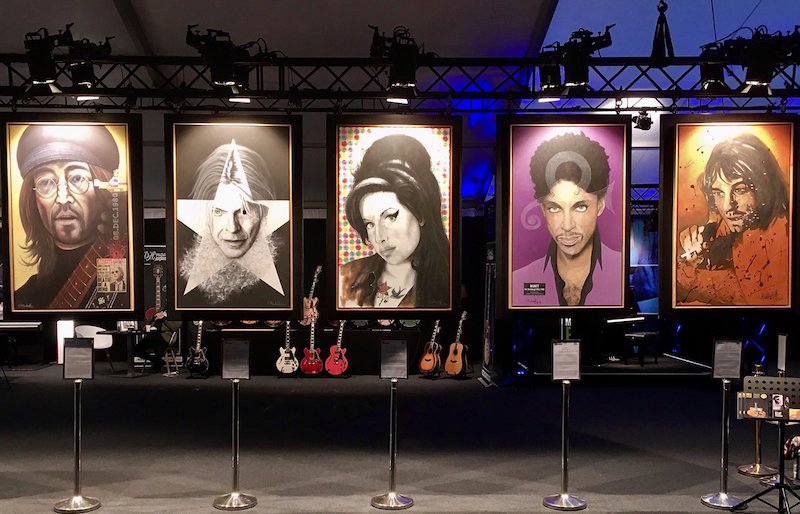 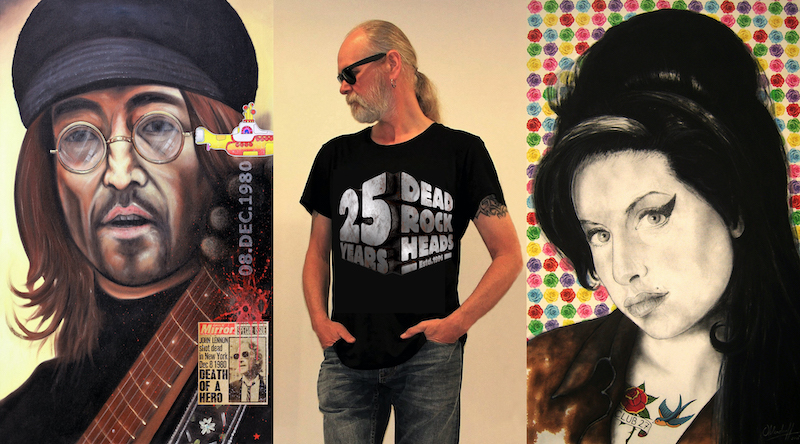 John Lennon was not to remain lonely for long: “He needs company,” Ole Ohlendorff thought and created Brian Jones from the Rolling Stones to join him. Janis Joplin and Frank Zappa followed, both of whom he captured on canvas in one single night. Jerry Garcia (Grateful Dead), Jim Morrison (The Doors) and Marc Bolan (T-Rex) were also added to this collection. This was the beginning of it all. In autumn 1996 Ole had an exhibition on the St.Pauli Reeperbahn in Hamburg. “Usually that sort of thing only finds minimal approval down here,” he adds. “After all, here, the works of art staged in the red light are more likely to be the ladies.” However, shortly before, Ole had sold one of his paintings to the grandson of the ‘King of St.Pauli’. When the latter overheard Ole’s life story, he handed him the keys to a former casino situated on Spielbudenplatz: “Ole, you can do whatever you want here,” he said. With that in mind, the Artist went on to stage an exhibition there, a retrospective including his first portraits of musicians. Ole Ohlendorff adds smiling: “And then my wife Martina, with whom I’ve been living for as long as the Dead Rock Heads exist, wisely said: ‘You know, I think this could in time become an entire series’.”

Hamburg, Ole Ohlendorff’s self-proclaimed “city of fate”, and, in particular, its quarter St.Pauli, continued to remain the geographical focus. Willi Bartels (King of St.Pauli) was contacted and the next exhibition was to follow. It took place in 1997 in the then newly opened Hotel ‘Residenz Hafen Hamburg’ and, at this point, centred exclusively around the ‘Dead Rock Heads’paintings, of which 12 had now been created. Illustrious guests, companions and supporters, eminent ‘authorities’ of the St Pauli neighbourhood and many musician friends came to the vernissage. Among them was Kalle Becker, organiser of the Burg Herzberg Hippie-Festival, and, with the help of this contact, the next exclusive exhibition venue was found for Ole Ohlendorff’s portraits. In Burg Herzberg, amongst others, Woodstock legend Richie Havens (by now a ‘Dead Rock Head’ himself) was one of the main exhibits among the ever-growing collection. In more than 100 exhibitions nationwide, the paths between Ole and the musicians continued to cross in the form of a great number of events ie. at the Musikmesse Frankfurt, Popkomm Berlin, Deutschen Rock & Popmuseum Gronau and at the legendary Wacken Open Air Festival. The event at the Music School of Lüneburg, gave Ole the impetus to ‘smuggle in’ the three classical composers Bach, Beethoven and Brahms, amongst his rock and pop musician series. Of course, this exciting journey was far from over! In recent years, for example, Johnny Cash was joined by David Bowie, Lemmy Kilmister (Motörhead), Prince, Tom Petty, Malcolm Young (AC/DC) and Amy Winehouse. The ‘Dead Rock Heads’ are filled with music, even without ever making the slightest sound themselves. “Well, the pictures speak volumes”, explains Ole Ohlendorff, and mentions that the imaginative record players in the visitors’ heads simply start playing. “You can see that, for example”, says Ole, “ when they step in front of the pictures and their feet start to bob. Even though there is no music playing.”

However, the 1958-born artist has more exciting new ideas to come: “I know that it is an important aspect to add even more information to my paintings. Therefore, I have started to personally record a caption for every single one of them such as facts, anecdotes and studio secrets.” And there’s more in store. Starting during this anniversary year, well-known celebrities will act as a Patron to an artwork and portray, in their own voices, their personal stories and experiences with that individual of their choice. In addition, the legendary ‘Beat Club – The Story’, will go back on air under the leadership of Radio Bremen host Jörg Sonntag. Ole Ohlendorff will play a pivotal role here in the capacity of another living witness, enthralling us with captivating stories and encounters from his sheer inexhaustive stock of memories.

25 years of ‘Dead Rock Heads’! 2021 is an anniversary of a special kind, one that allows us to look back, and, at the same time, enables a detailed sketching of the chapters to come onto the horizon. The ‘Dead Rock Heads’ serie is not only one of the most exciting alliances that music and painting have formed in the last 25 years, it is also one of the most vibrant.